Homeowners, we are all different. We come in all shapes and sizes and have agendas that vary. But, the one thing homeowners around the world have in common is the desire to renovate. Whether you’ve finished decorating or are starting, it won’t be long until the next job is staring you in the face. Think of the process like Pringles – once you pop, you can’t stop.

Transforming a home is never easy. For one thing, everything needs to be inexpensive and affordable. Otherwise, there is no way a family woman can justify buying the materials. Sure, she wants to, we all want to, but there are other people to think about- the husband and the kids! And, if that wasn’t frustrating enough, there is the originality factor to consider. No one wants their home to resemble a store window design, or look like something out of a catalog. 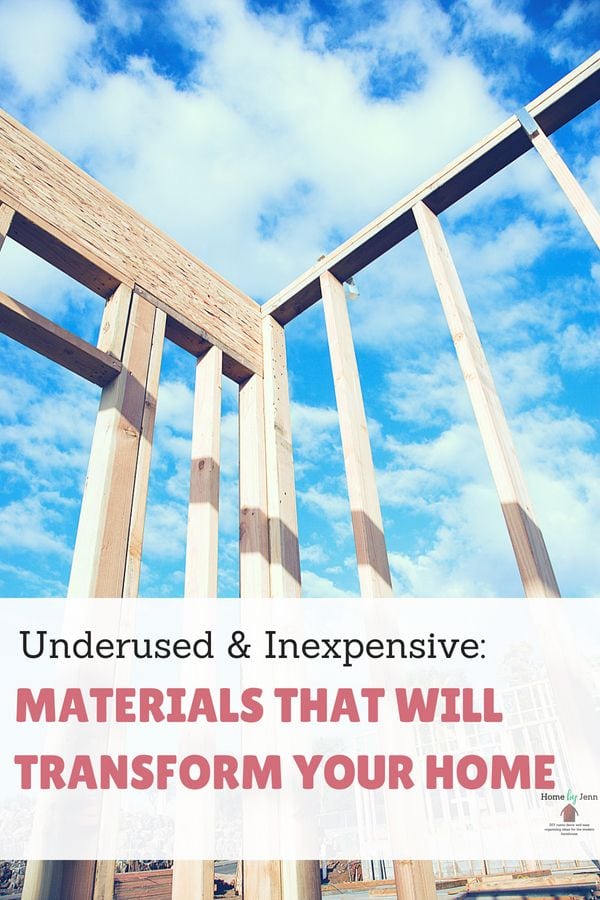 To be unique, we have to chop and change and think outside of the box. Otherwise, every property in the neighborhood will resemble one another. Talk about keeping up with the Joneses. Thankfully, stepping outside of the square leads to innovation, as well as a drop in the cost. With that in mind, below are six materials that are underused and inexpensive. Hopefully, you’ll find a place for the following in your house.

Isn’t that the thin, fragile wood? The sort of stuff that breaks with when karate masters hit it with their heads? Yes, it’s the very same. After giving it this introduction, it is hard to see where plywood will fit into the home. It isn’t as if you can use it anywhere where it will break. Otherwise, it’s a waste of money and time. Well, maybe not because plywood is stronger than you imagine. Thanks to the glue binding the fibers together, it can withstand a fair amount of force.

As a shelf, then, it’s a perfect addition to the home. While being strong enough to hold household clutter, it’s also light and breezy and fits into hard-to-reach spaces. Plus, the color is different from most woods you find in a house. So, there will be a contrast between the shelves and the laminate (or is it proper hardwood?) flooring. How nice.

For those looking to get their monies worth, you should use it on the stairs. The picture below shows a homeowner who has thought about plywood to the point where it looks like the focal feature of the house. Because stairs are hollow anyway, there is nothing wrong with opting for a light and bouncy wood.

These are blocks that construction workers use to build houses. Your home is already standing tall on its own, so the need to be breezy won’t strike you right away. When it does, it will feel as if one of these blocks have hit you. By the way, it won’t hurt too much because they are incredibly light, but there will be a slight tingle.

Cinder blocks are excellent for the people that want to instill a warehouse type feel. Everyone has seen it before, like the New York City loft apartments that are all the rage at the minute. To be a cool kid, you need cinder (not to be confused with Tinder) in your life to project a raw and unpolished style. Concrete works well too, yet it’s a lot heavier and is more industrial. Cinder is lighter and fresher and it reflects in the result.

To start knocking down walls now is a big job, so find creative ways to add breeze blocks. For example, the table underneath is a beautiful illustration of innovation at work. Rather than using traditional legs, the glass is perched on four cinder blocks and has a very rustic feel. This is what you are up against, people.

Wow, slow your roll their cowgirl. Copper isn’t cheap whatsoever. It’s costly. That’s why you see a specific type of person hanging around building yards trying to snag themselves a piece. Not judging, just pointing out what everyone sees. Okay, copper is expensive in large rolls. However, you don’t need to use it in excess. Most of the stuff you need it for is already in the house such as water pipes. This is especially true of old-school properties.

Before we move onto the many uses of copper, it is possible to use it without using it. Do you follow? Here’s a simpler translation: remove the boxing that covers the pipes. If they are copper, they will stand out and add a rustic vibe to the house without spending a penny. Hey, this blog is not just a pretty homepage. It’s got the code, too.

For those who want to get creative, think about the small details. For example, take the faucets on the sinks throughout the property. Normally, they are golden, gaudy things but you can replace them with copper instead. For metal, it’s flexible and can be bent into shape, plus you won’t need a big role. One or two feet should suffice.

There’s a chance you have never heard of this material before and for a good reason. To start with, it usually goes on the outside of the property and isn’t an interior feature. Secondly, most homeowners don’t add wood to the outside of their homes. They prefer a rigid material that they can paint, such as cinder blocks or red bricks. A shake is something you drink to these men and women.

So, why choose cedar shake and why not go down the traditional route? Well, the first thing to point out is that you want to be a shepherd and not a sheep. Doing what everyone else does is the complete antithesis of this post. You want to stand out from the crowd, and cedar shake siding is the most elegant and affordable option. At least, it is when you do it right.

Let’s forget about style for a moment and focus on substance. A home needs to be both if it is going to be comfortable, and this is where wood on the exterior comes into play. Cedar is an absorbent material and is great for soaking up water. Should there be summer floods this year like last, then your property will be less of a risk. Yep, cedar is that handy.

This material is more than a wine preserver. Although, it’s worth noting this is its first and most vital role. There is no point in renovating if there isn’t a bottle of vino waiting at the end. First world problems, maybe? Regardless, cork is a pretty cool feature if you are willing to push out the boat. Just make sure there aren’t any red stains on it beforehand. That would be embarrassing.

The Gods that be have conspired to make your life easier. Nowadays, cork lining is available in large sheets that you can put over the walls and flooring. However, probably the greatest example of a wine preserver in action is Scottish property. Rather than go low, the owners decided to go high and fit the lining to the ceiling. Because of this, the style is dramatized and hits you as soon as you walk in the door (I’d imagine – I’ve never been).

What’s great about this material is the texture. The color is fantastic too, but the way the cork looks compared with the rest of the room is striking. The graininess is something which is difficult to replicate because no other material has this style. There’s another reason to add cork to the shopping list, as well as a congratulatory bottle of red. That is the epitome of two birds with one stone.

“Nope, no way, Jose – I don’t want steel in my home.” Plenty of homeowners have this reaction when they hear the news. Okay, it isn’t a full-blown meltdown but it is a tantrum of sorts. You know, the kind you’d expect a toddler to have when they hear the word “no.” Steel affects people because it’s cold and it’s bare and it’s industrial. For property owners, this makes it a less than desirable material. What’s next, pig iron?

The stigma isn’t justified. Well, it is in some ways because steel can be all of the things mentioned above. However, the trick is to see it in a new light, not as an industrial necessity. When you do that, then you’ll be able to see the steel sheets staring back. Metallic in color, they are quite attractive when used correctly. How do you use them? It’s a good question.

Fashioning them into tabletops is straightforward, as is using them on the walls. Probably the coolest example is the one underneath, where the door is steel. This slider blends in seamlessly and adds an extra dimension. Plus, no one will break through this door!

Creating a unique home that doesn’t break the bank isn’t going to be easy. There will be bumps and bruises along the way, as well as the odd tantrum. However, you’ll see the investment in the end. So, what are you waiting for? 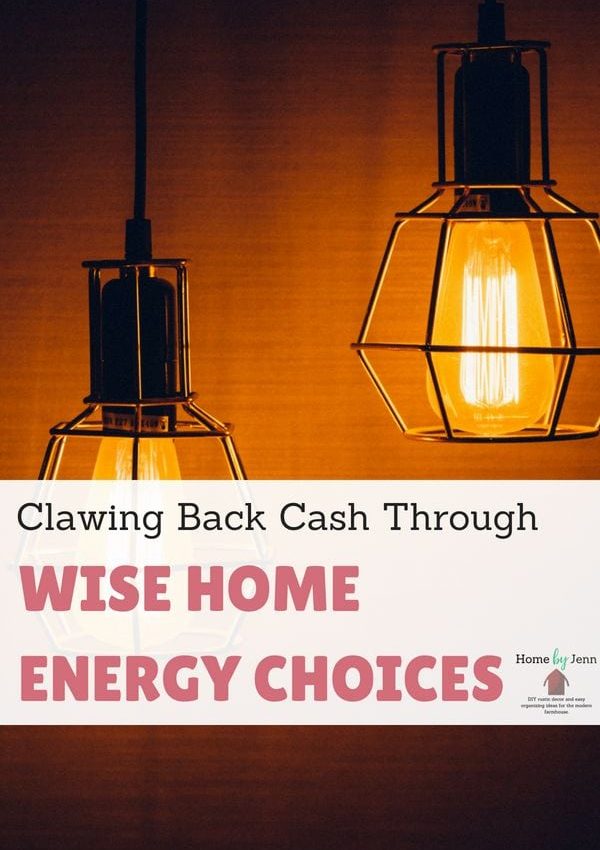 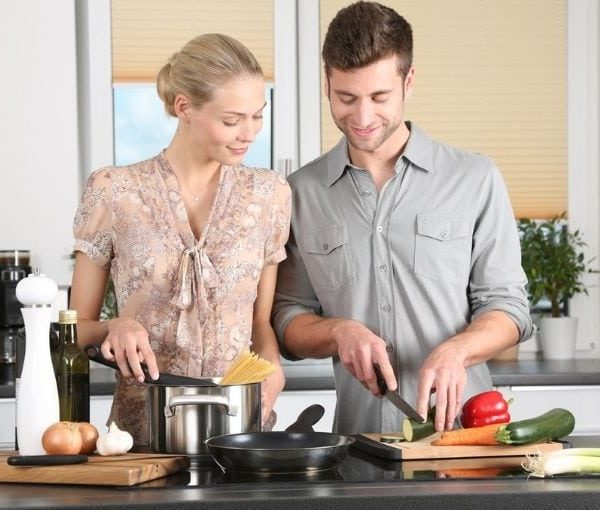 How to Make Your Kitchen a Social Hub 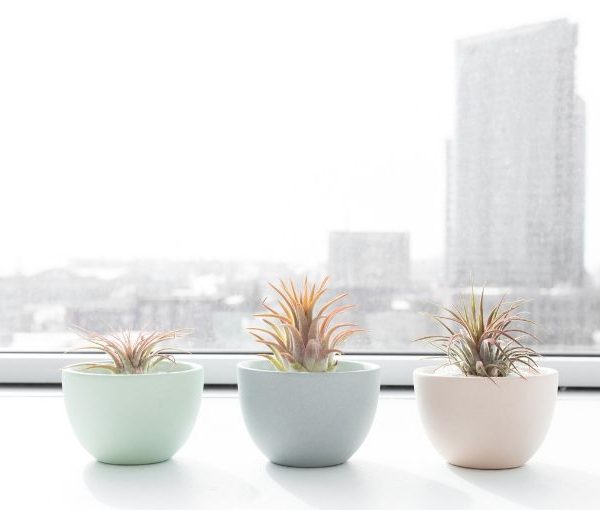 What The Biggest Threats To Your Home’s Value 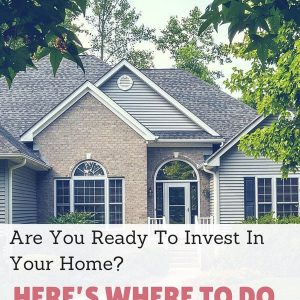 Are You Ready To Invest In Your Home? Here’s Where To Do It